As an owner of 2-viruses.com I have clashed with couple legitimate companies in years 2014/15 that had asked for deletions of removal instructions or reviews. Some companies had legitimate claims however others rely on the strategy that was labeled as rogue even a decade ago.

By definition, rogue antiviruses have these signs :

Here are some of the fake claims used by MacKeeper by Kromtech advertisers. The advertisement is shown when you click on any link it some movie streaming website, through I do not think siteowner cares what he promotes.. 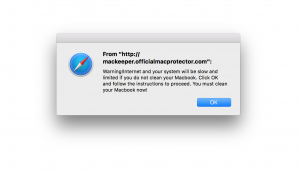 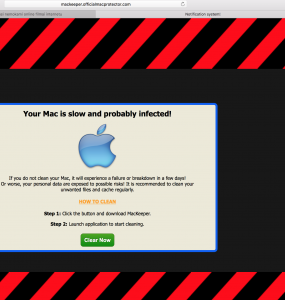 Even if you have such proof, makers of such program try one of several tricks to avoid listing):

While it is possible to battle such claims, many do not bother. It is clear that I won’t promote Kromtech programs till they stop using fake claims in the advertisements no matter how their program performs ( not so good at the moment).

Maladvertising networks use CDNs to hide their tracks

At this point there are quite significant increase in malicious browser plugins that displays ads without enough disclosure. Quite often their tracks are hidden and it is not so easy to remove them. The makers Read more…