Published by Giedrius Majauskas on August 13, 2012

Hitman Pro is a cloud antivirus scanner that can be characterized as small, quick and reliable. Although it seems simple from the first sight, this antimalware scanner is capable of removing rootkits, rogues and most of other known malware. What makes it extremely useful, it uses multiple anti-malware databases hosted in cloud, which allows extremely good detection rate and uses up very little disk space. The tool is useful as second opinion scanner. In fact, it is my preferred program for confirming that PC is fully cleaned and eliminate possibility of malware – related problems when symptoms are not so clear.

When performing a system scan Hitman Pro is quick but not inferior to other well known antimalware programs. Looking in more details to the scan process itself, the tool uses a behavioral technique to sift through files, finding those that fail the test of several factors. For example, it checks if the file is packed or encrypted. Hitman determines if any rootkit techniques are in use or there is connection to malicious sites. There is way more factors that executable files have to meet in order to be excluded from suspicion. The files marked as suspicious are further analyzed by cloud which encompasses ESET Nod databases, as well as those of Avira, a-squared, and PrevX. The files that were not identified as a particular infection, but remain suspicious are sent to a team of experts who further analyze them.

Concluding I will list main positive and negative points on Hitman Pro:

Despite these couple minor shortcomings Hitman Pro 3.6 is a useful tool and can be recommended to anyone needing a quick scan for malware problems. Hitman Pro should not be used for protection, but it is perfect for regular scans. 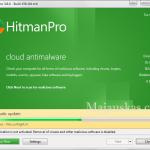 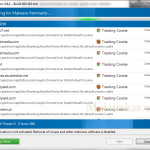 Which new Kindle would I choose?

So, the new Kindle Fire and several supplemental models are out. I wrote my expectations in the previous post about Kindle. To tell the truth, I got more than expected from Amazon’s announcement and it Read more…