NDrive is a Portuguese GPS navigation software with Android version available in Android Market. It can be downloaded for free, also there is 7 day free trial for all of the maps. 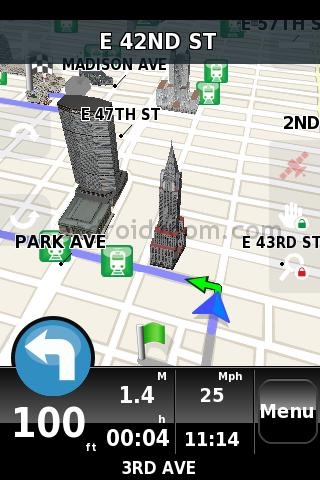 Ndrive Installation is quite straightforward. One downloads application from Android Market, and then selects maps one needs. I would recommend downloading maps using Wireless network rather than 3g as it would be (probably faster). Ndrive East Europe maps – 300Mb, West Europe – 2Gb, so it takes a while. Afterwards you are ready to use it. I assume that all software versions (Iphone, windows Mobile and Android) uses more or less same maps as long as you got latest software version.

Most of the settings can be controlled in Ndrive settings menu as well, including voice used, what is shown in maps and so on.

Here is my experience with Ndrive on my Nexus One phone:

1. Ndrive is the most easy to install and use Android navigation application outside USA and couple other selected countries (11) due to fact that it is free (only maps are paid). One does not has to deal with Google Checkout.

2. Works quite fast on Nexus one – no crashes, no problems for now.

3. Strangely enough, Ndrive price for East Europe (30 E) is smaller than any of the single maps of East European countries (45-ish ). I guess there is mistake in its Android purchase interface, as in website the price is bigger.

1. Poorly updated maps (at least for East Europe) and speed camera locations. Camera map is 1-2 years old, other maps are about the same age as well. This might be an issue for people that rely on GPS navigation only.

2. No good enough way to temporally silence the navigation without silencing anything else on the phone. There should be an icon to stop all sound from navigation.

3. Had problems on finding a way to fast-forward simulation mode. It is not very well done.

4. (UPDATED) There is a lack of routing modes. 2 times I were routed through roads that are not asphalted. This means that the travel was slower than anticipated (Non-asphalted road speed limit is 70, however it is highly non-recommended to drive at 7o km/h on most of them). These routing modes Ndrive should address.

I still need to test if Ndrive works well with trapster running, as Trapster speed trap database is much better. As it is single commercial navigation available for download here, I can not compare it to other Android applications except hacked Google Navigation which would not be fair. I would like to try Copilot as well, but if they do not want me to buy their software – oh well. I am perfectly happy with Ndrive for now.

You should give Ndrive a try if you are looking for Navigation on your Android phone. 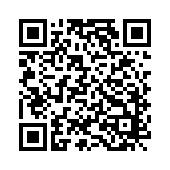 […] Kaunas has little traps (one was missing), and the west part of Lithuania was not mapped at all. My NDRIVE had way less traps than […]

[…] have written about Ndrive in the past. It is one of the best available navigations for your Android phone outside USA and “lucky […]

[…] 11 is a navigation that has a version for Android phones. I have reviewed version 10 already, and version 11 is not new either. However, It was not available for Lithuania in android market […]